When driving your VW Scirocco do you see the voltmeter running a bit low?

Do you smell a slight electrical burning smell and not been able to find the source?

When putting on the main beam does your voltmeter indicate that you are not charging correctly?

We had all of these.

Then there was a squeal from under the bonnet.

Popping the bonnet and listening, yep it was coming from the fan belt end.

Now there are three items connected there.

The water pump, the crank and the alternator.

Out came the long screwdriver.

If you do try this then make sure any loose items are secured and use a long screwdriver.

Placing the metal end of the screwdriver against the body of the water pump and the other end against the front part of the ear.

You can then ‘hear’ the mechanical sounds within what you are touching.

If all you hear is a ‘schlooshing’ rotary sound then move the metal end to the alternator body and listen again.

When i did this i heard the screaming metal, the tortured bearing and had to turn off the motor quickly.

Out came the wd40 ( i know it is not a long term solution, but would show which end the bearing was).

The car was started again.

Using the tube which came with the WD40 spray a little behind the alternator pulley towards the alternator – the idea is to try to get some lubrication into the dry bearing.

There was no difference in the sound, so i reckon it was the rear one.

That one is almost impossible to get to without stripping down the alternator.

I did try removing the regulator and brus unit and spray into the aperture, but all this did was to coat the pickup rings and insulate the brushes, making the alternator light stay on!!

Spraying this with carb cleaner got the contamination off and restored correct operation.

But i now need to remove the alternator.

So the alternator needs to come off.

Before you move anything you want to check the fan belt.

Look for cracks – if it is cracked then replace it  along with the alternator.

The reason for this is that when you tighten the alternator up again you will not get it into the same place and have the same tension, if it is tighter the chances are that it will shred, snap or leave the car. so for the few bucks it will cost – replace it.

Feel the tension of the belt and that is the tension you want to get back to – not too tight that you are straining the bearings of the water pump, crank and alternator, and not too slack that when you get some wet weather you hear the squeal of the fan belt slipping.

Ok so taking your 13mm spanner undo the centre nut on the alternator adjuster.

Take your 22mm – or in my case a 1″, rotate the adjuster anti clockwise to move the nut towards the front of the car.

This will loosen the fan belt.

Once you get close to the end of the thread then you will be able to slip the fanbelt off the water pump pulley ( it is less deep than the alternator) first and off the rest of the pullies.

Make sure you put it back on running in the same direction for maximum life.

Take the positive off the battery and ensure that it will not touch – i tend to put a rag over the battery terminal to prevent touching.

Why take this off – well the alternator is connected directly to the battery – always on, so in the winter you may have noticed that your battery seems weak, it maybe the alternator draining it slightly.

The lower part of the alternator is held in with an allen bolt.

This is accessed via a cutout in the top cambelt housing.

This is one of the reasons for this article. I had to remove this cover to find out what type this bolt was.

Mine had the cap missing- will have to get another one.

So spray the alternator and thread with releaser – i use either wd40 or plusgas.

The main thing with these products is to leave them to do their work of releasing corroded bolts.

So cup of tea time…

After tea then come back and insert a 6mm allen tool into the hole and locate it into the bolt head.

There is enough room to get a 3/8″ rachet into the space between the engine and cambelt casing.

Remove this bolt and make sure the alternator doesn’t swing loose onto the wiring.

Using a flat screwdriver as a lever, lever between the front of the motor and the alternator, rock the alternator up and down until it comes loose from the lower mounting point.

Support the alternator to prevent pulling on the wiring.

Rotate the alternator so the wiring is upwards, rest it so it won’t fall.

And you should be free.

Quick checks on the alternator

You probably won’t be able to spin the alternator fast enough to get it into regulation, but if you use a drill it may work – i have not tried it.

Spinning mine – in the right direction, i was hearing a squeak on the rear bearing, so definitely broken.

I have tried stripping these down in the past and had partial success.

So off to the internet again.

The VW Scirocco mk2 gtx has a 60A alternator and there are a few listed against it.

We found a new 60A one from vw heritage – it is starting to sound like an advert for them – we don’t normally use them, but they came up trumps with the handle gaskets and alternator.

The new alternator came with nuts where the blue wire goes, the main wire , but not for the cable retainer.

The other thing i noticed was a blade connector, so back to the old alternator. I spied the capacitor screwed down.

Removing this and trying to fit it onto the new one, i found that it wouldn’t fit. the screw hole was the incorrect size.

So i removed the nut from the old alternator and used that to bolt it down to one of the screws.

The spade connector is then connected.

Before bolting down the wiring i took the time to just give the ends a quick wire brush with a brass wire brush. Does it make a difference – well probably a little until it corrodes again.

Bolt down the main wire – ensuring that it is fed out through the guide.

And fit the monitor blue wire.

Clamp the wire down with the cable clip.

Holding the alternator in position for the lower mount wiggle it up and down until it seats in.

It helps if you position the bolt into the hole and wiggle until you can push the bolt through.

Fit the adjuster through the top linkage, make sure it is towards the end on the thread so the fanbelt can be fitted.

Making sure the fanbelt is running the right way – slip it over the crank , alternator and then the water pump.

Using the 1″ spanner turn the adjuster so that the belt becomes tight – remember how tight it was – slacken it off slightly.

Tighten the middle nut for the adjuster.

Connect up the battery terminal.

Switch the car to the on position but not start it.

Make sure you have all of the right lights on and the voltmeter is about 12v.

Start the car and notice that the voltmeter has gone up to nearly 14v.

You may have to blip the throttle to get rid of the alternator light.

Switch to main beam and make sure that the voltage stays above 12v.

Switch on the rear screen demister and indicate left.

The voltmeter may just dip under the 12v level but only briefly with the indicator load.

You have successfully changed your alternator, like i have and i hope you find that your lights are slightly brighter as a result.

When putting the battery terminal on there were sparks

Remove the red wire from the alternator and then try the terminal again.

If there are no sparks then there is a short in the alternator.

Remove the capacitor, refit the wire and try again.

If there are no sparks then the capacitor is short – replace.

If there are sparks then it maybe a faulty alternator.

No battery when switching car on

Do you have any volts now?

Try charging the battery if the voltage is below this.

Check fluid level in each cell, if possible, top up if necessary.

Have you changed the alternator on your VW scirocco mk2 ? how did it go? were there any problems? what solutions did you come up with.

Help others out by leaving your comments in the box below.

Many thanks in advance 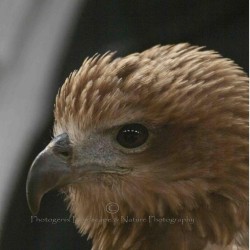 phil
I am an engineer who is passionate about opening peoples eyes to what they have now. I am using this site to put everything that doesn't have a home on my other sites.
Sign up to be kept up todate.

Latest posts by phil (see all)